How does this drive compare to other great roads? "We were wrong, this is better than the Stelvio, this is the best road in the world!" Jeremy Clarkson - Top Gear. This amazing road called the Transfagarasan highway passes over the Fagaras mountains in Transylvania, Romania at 2000 metres. It was on this road with endless curves and sheer drops that I decided to invite Jeremy Clarkson and the Top Gear team to Romania. Although I never received a reply to my email, I was happy to see that they turned up a year later to film and experience one of the most exciting and inspirational drives in the world! 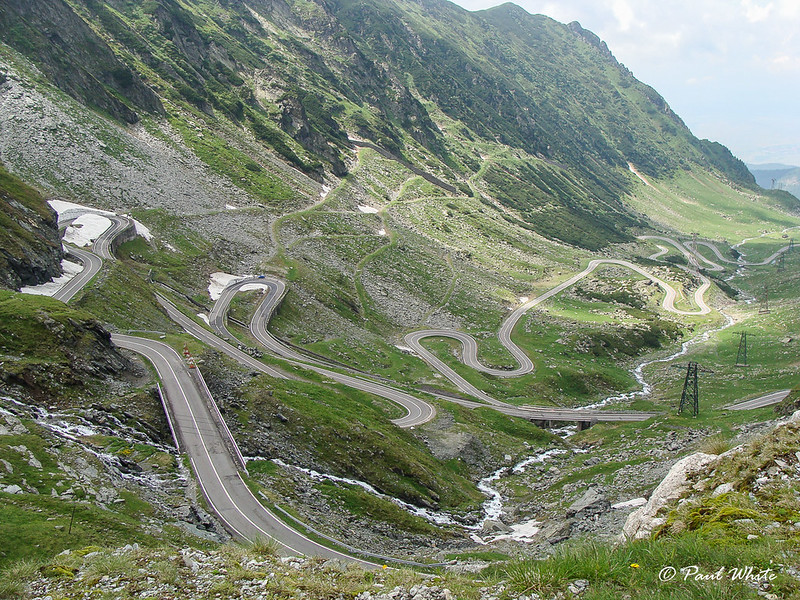 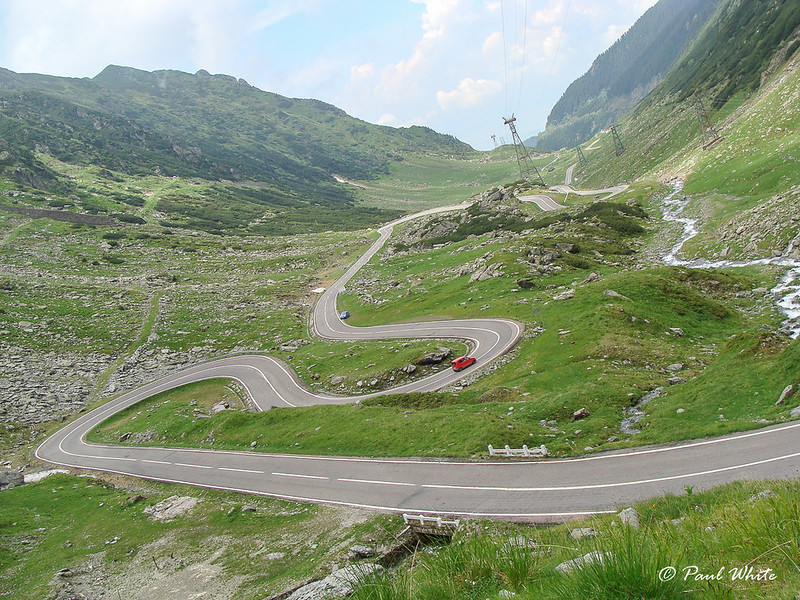 This road is not for the faint hearted and is a scary drive in places. There are large sections of non barriered road with sheer drops of over a 1000 ft. Sadly I heard on the news that a couple died on the Transfagarasan highway the day after I completed my journey. I didn't pick up the full story but I know brake failure is a common cause for fatalities on the Transfagarasan. 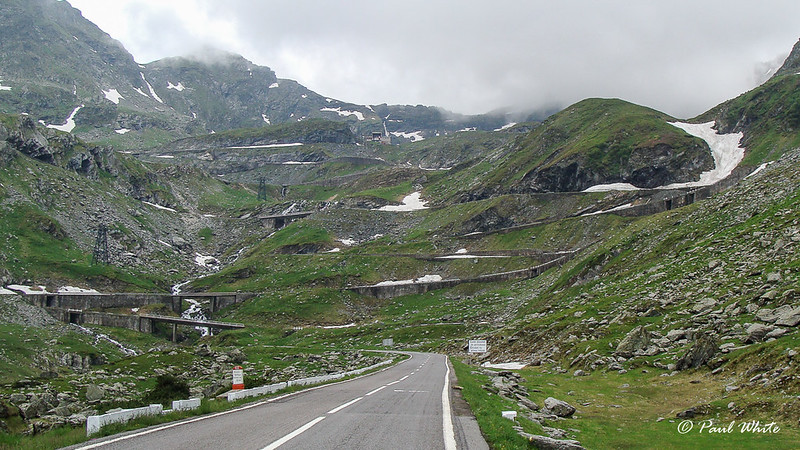 When planning your trip along the Transfagarasan highway give yourself plenty of time for the crossing. It is a mistake to calculate your day by simply looking at the distances on a map. It is not just vehicles that use the highway, many shepherds use the same route with large flocks. Once they enter the road they are committed until they reach a path or grazing land. With a rock face on one side and a sheer drop to the other, they often have no where to go to let you pass. Some drivers got a little impatient and attempted to squeeze past the sheep, tooting their horns at the same time. They only managed to pass a dozen or so sheep before realizing that there were up to three hundred more in front! No, this is a trip to be taken at leisure. If you are in a hurry to get from A to B, you would be better off navigating through these mountains using one of the larger roads such as the E81 from Sibiu to Minicu Vilcea. 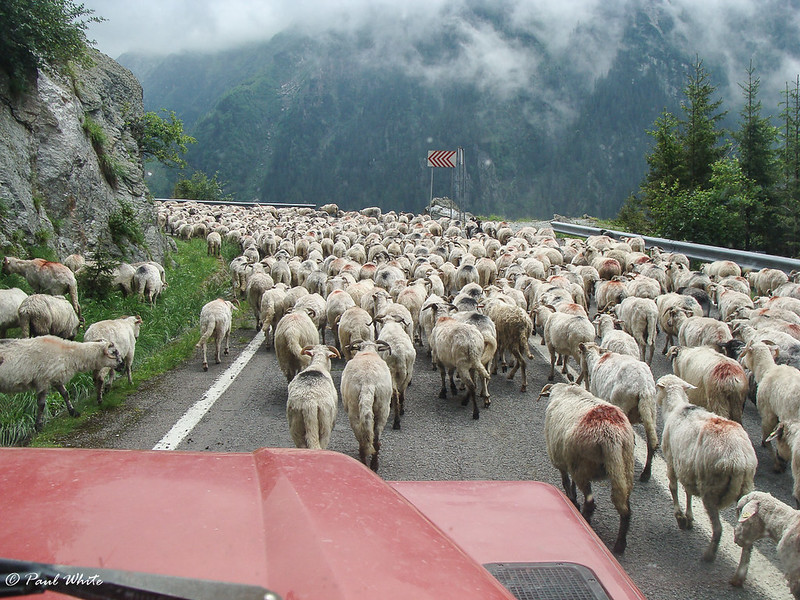 Once past the sheep we kept climbing until we came close to the cloud line. Then suddenly after rounding a corner we saw a red suspended speck in the distance. We soon realised that this was a cable car. At that height it is not a ride for those suffering with vertigo! 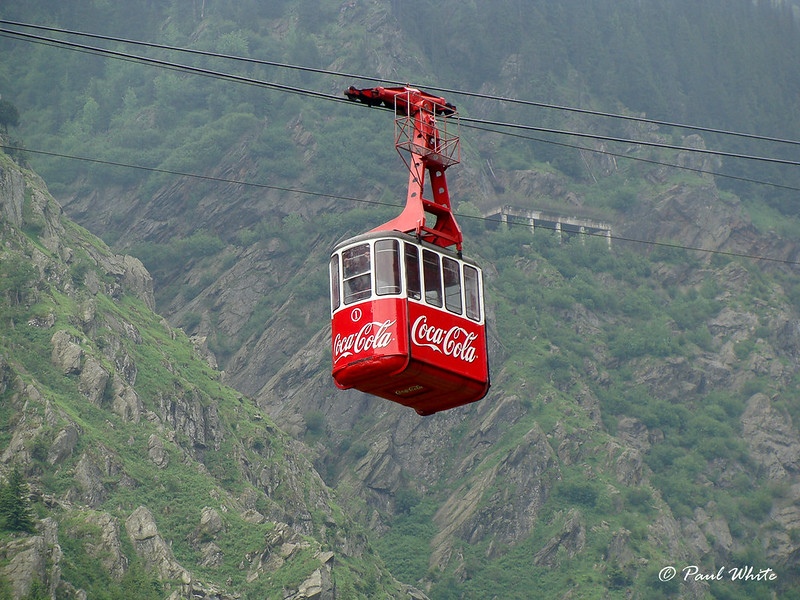 At the peak of the Fagaras mountains we decided to stop at the alpine Bilea (Balea) lake for lunch. There is a restaurant located on the edge of the lake and rooms too if the weather closes in. The prices are a little expensive for Romanian standards, but I suppose this is to cover the costs of transporting supplies and staff to such a remote location. 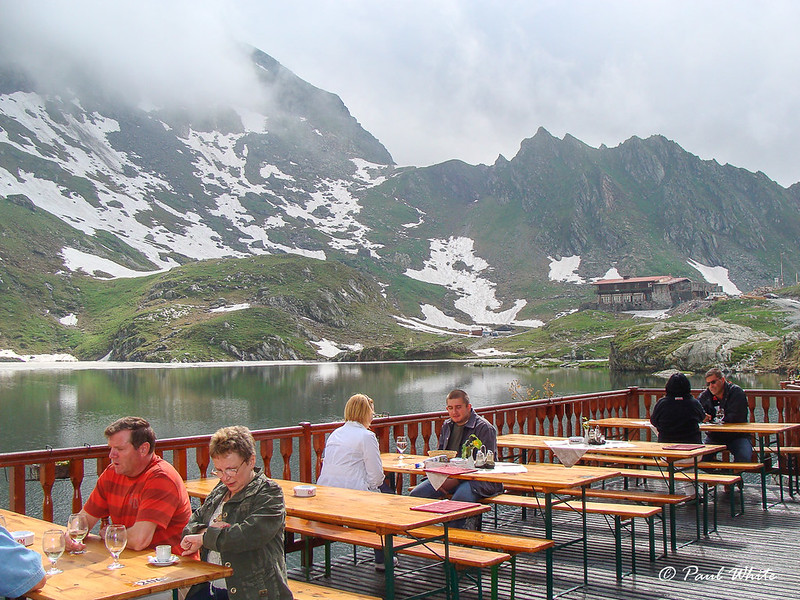 It was remarkable to see so much snow and ice surrounding the restaurant in June. Only two hours before we were in T-shirts soaking up the warmth at the foot of the valley. The snow on the surrounding slopes gradually melts topping up the lake and the overflow maintains fast flowing streams down the side of the mountain. 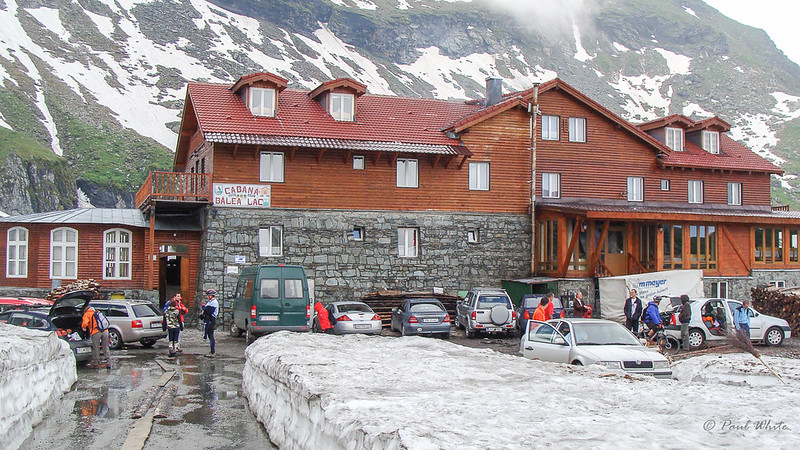 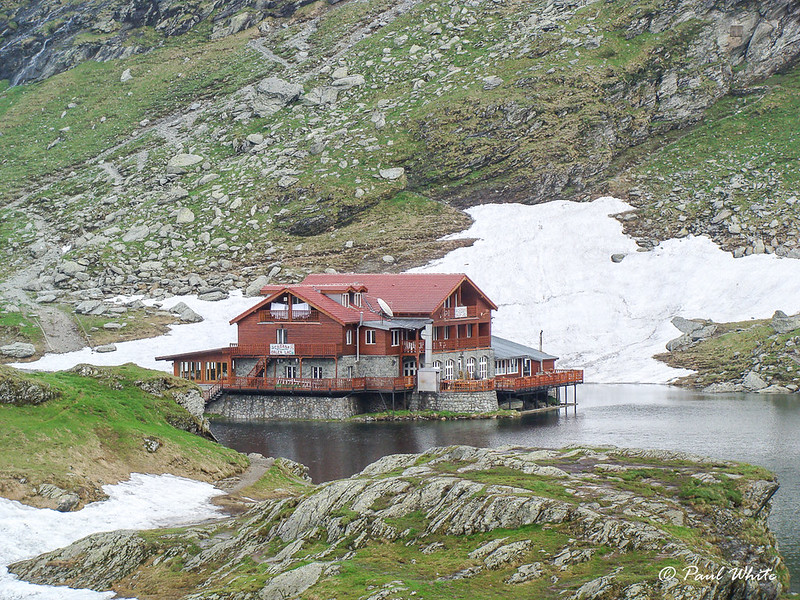 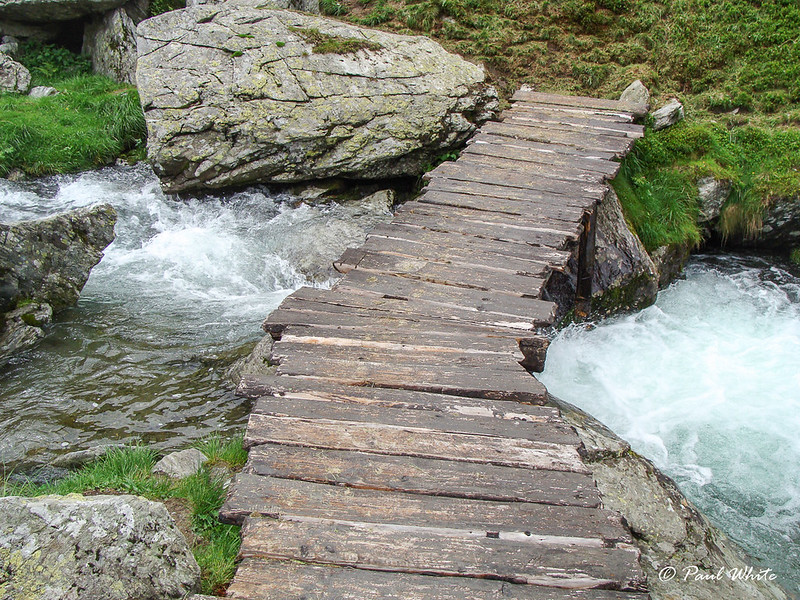 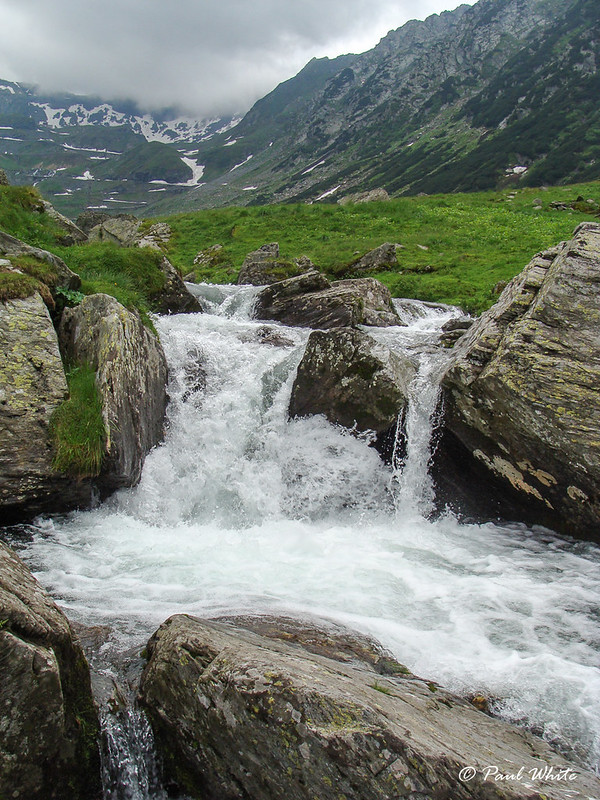 For once I had my camera with me when some wildlife was in close proximity. I usually miss such events so I was pleased with this photograph. I jumped out of my Land Rover to throw a banana skin into this bin when this young fox popped up! He or she gave me quite a shock. 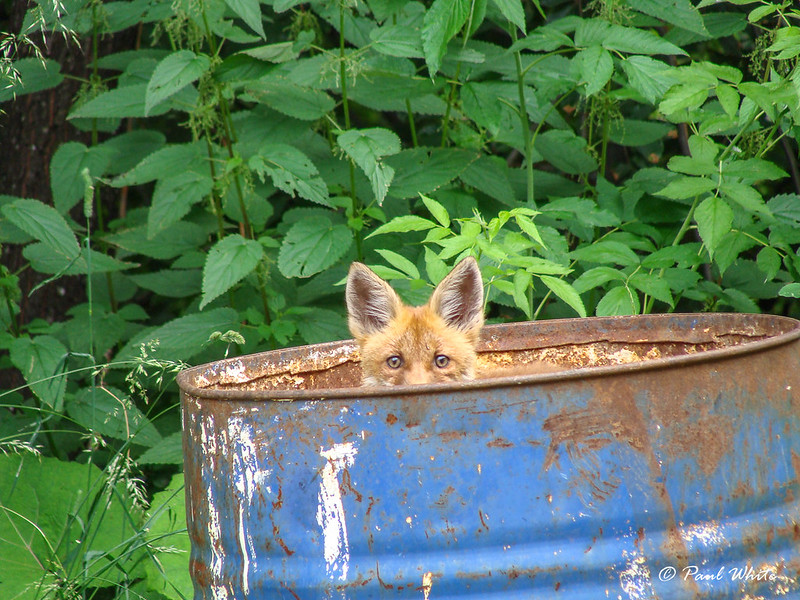 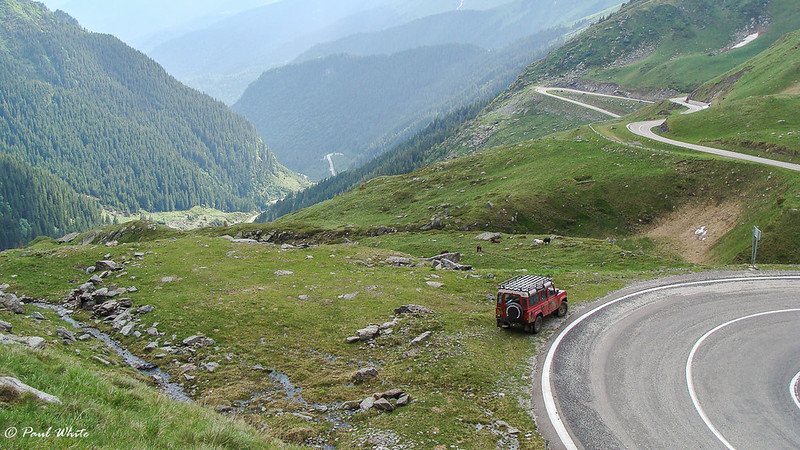 Following the Transfagarasan highway over to the other side of the Fagaras mountains we reached the quite spectacular lake Vidraru. You can then choose to navigate down the right or left hand side of the lake to get to the town of Curtea de Arges. We chose the more established route to the dam at the bottom end of the lake. The two lake routes then link before the 15 or so kilometre drive into town. 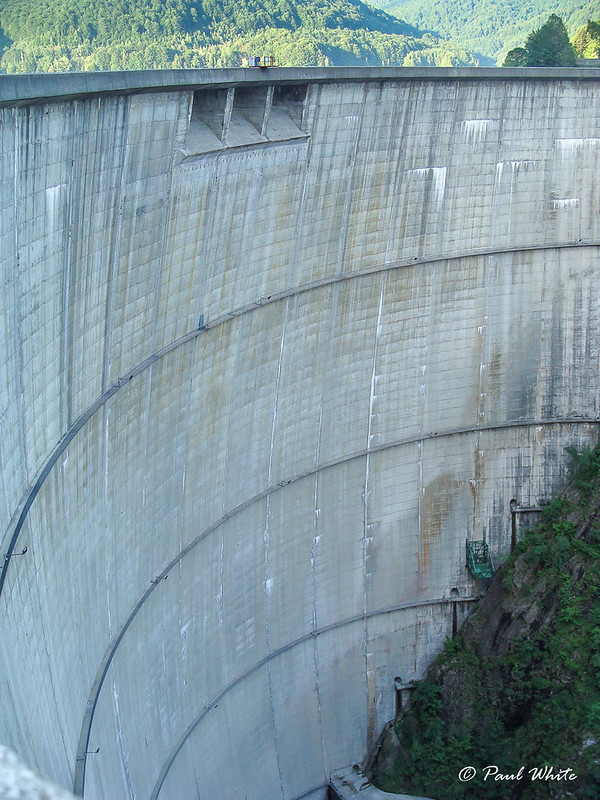 The dam at lake Vidraru is the second largest in Romania and is huge. I am not a great fan of heights as I suffer with vertigo, so walking close to the edge of the walkway made me feel really uncomfortable. It is a staggering feat of engineering as the pressure of the water behind it must be enormous! 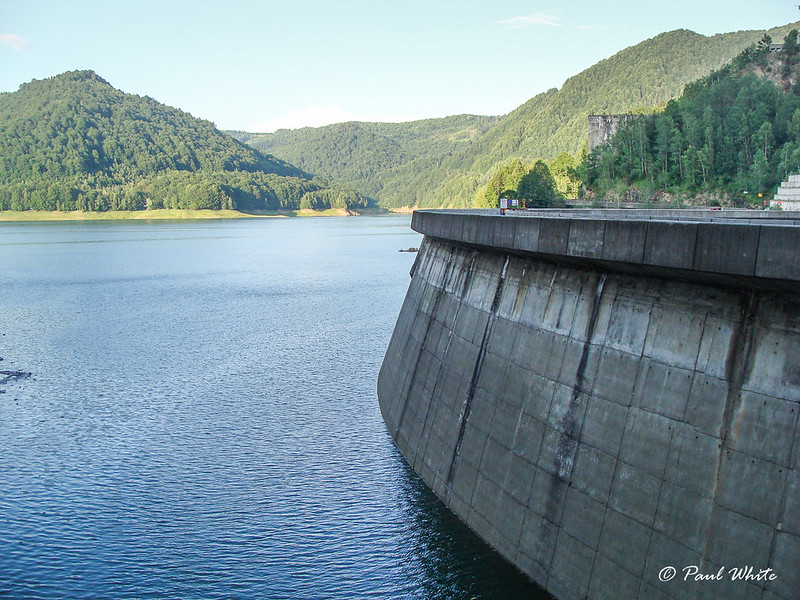 1. Check your brakes before driving over these mountains, as if they fail on any of the bends without barriers your number will be up!

2. Check the weather forecast on the day you head for the Transfagarasan highway, as it is closed in bad weather. Don't plan a trip in winter as the highway is closed! Generally speaking it is safe to plan your trip between mid June and mid September.

3. How long is the Transfagarasan highway? It is 90 kilometres or 56 miles long.

4. Where to stay? There are numerous villages and towns on both sides of the highway offering accommodation for every budget. The hotels on or just off the highway itself tend to be expensive. Several camp sites can also be found.
Home
View web version